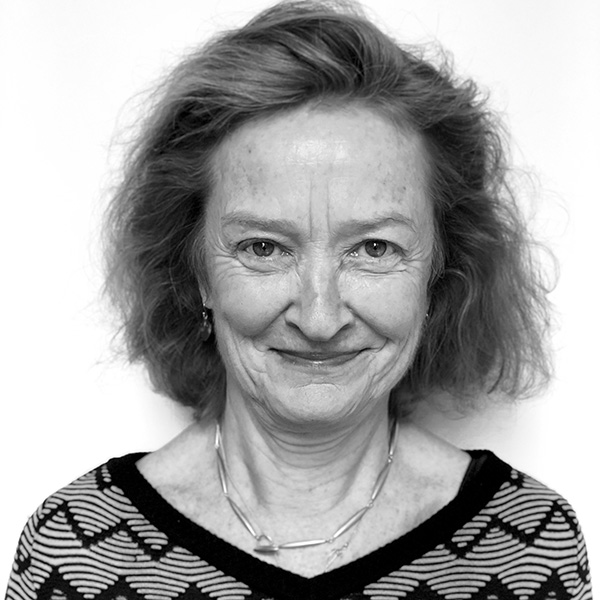 Nan Graham, was Editor in Chief of Scribner for over fifteen years. She became Senior Vice President and Publisher of the imprint in 2012. Before coming to Scribner she worked at Viking Penguin. Her titles have garnered the Pulitzer Prize, the National Book Award, NBCC, and many other accolades, and her many bestselling, award-winning authors include Don DeLillo, Stephen King, Anthony Doerr, Miranda July, Annie Proulx, Amy Hempel, Rachel Kushner, Colm Tóibín, Kate Walbert, Dana Spiotta, Siddhartha Mukherjee, and Andrew Solomon. She edited the memoirs The Liars’ Club by Mary Karr, Angela’s Ashes by Frank McCourt, The Glass Castle by Jeannette Walls, Born Standing Up by Steve Martin, Living History by Hillary Rodham Clinton and Both/And by Huma Abedin. The novels she edited include The Satanic Verses by Salman Rushdie, Underworld by Don DeLillo, Brooklyn by Colm Tóibín, The Light Between Oceans by M.L. Stedman, The Flamethrowers by Rachel Kushner, and Cloud Cuckoo Land and All the Light We Cannot See by Anthony Doerr. 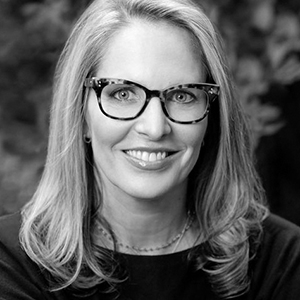 Marysue Rucci, was named VP, Publisher, and Editor-in-Chief of Scribner/Marysue Rucci Books in September 2021. For the nine years prior, she was Vice President and Editor-in-Chief of the Simon & Schuster imprint, where she oversaw the fiction program. Marysue acquires a range of literary and commercial fiction and narrative nonfiction. Recent titles include: the #1 New York Times bestseller The Last Thing He Told Me by Laura Dave, a selection of the Reese Book Club; White Ivy by Susie Yang, a New York Times bestseller and Read with Jenna Book Club Pick; Run Me to Earth by Paul Yoon, longlisted for the Carnegie Medal for Excellence in Fiction; The Need by Helen Phillips, longlisted for the National Book Award in Fiction, and the New York Times bestseller Magic Lessons by Alice Hoffman. Over the course of her career, Marysue has worked with celebrated and bestselling authors including Shonda Rhimes, Sarah Ruhl, Mona Awad, Rebecca Traister, Nelson DeMille, Mary Higgins Clark, Jessica Knoll, Megan Miranda, Chris Cleave, Matthew Thomas, Cara Wall, Helene Cooper, and Alice Elliott Dark. 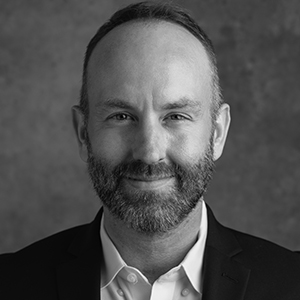 Stu Smith, Associate Publisher, began his career at Simon & Schuster in 2004. He held several positions in the sales department before joining Scribner as Associate Publisher in 2021. Stu is an avid reader and vocal book champion. At Scribner, he is an organizer and project leader. Stu has an eye on each and every book we publish. 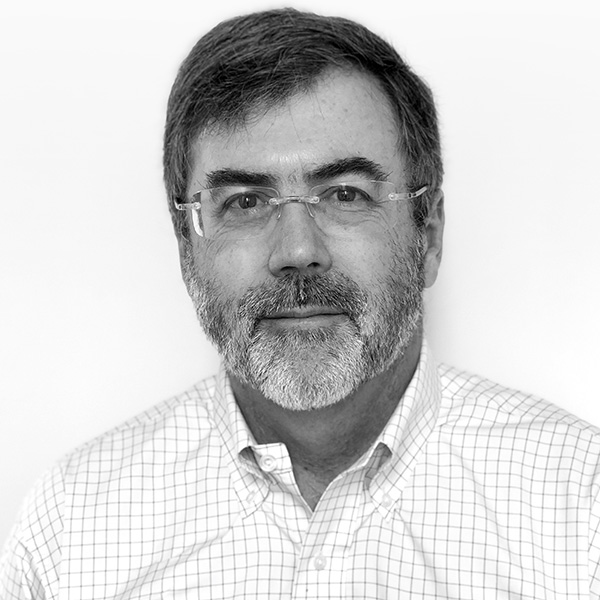 Colin Harrison, Vice President and Editor-in-Chief at Scribner, is interested in current events, history, politics, nature, science, and commercial fiction. Some of his recent Scribner books include: The Mueller Report by The Washington Post, Light Perpetual and Golden Hill by Francis Spufford, The Guarded Gate by Daniel Okrent, The Red Sparrow series by Jason Matthews, The Short and Tragic Life of Robert Peace by Jeff Hobbs (Winner of the Los Angeles Times Book Prize), Rebel Yell and Empire of the Summer Moon (finalist for the Pulitzer Prize) by S.C. Gwynne, The Emerald Mile by Kevin Fedarko, selected past books include Nixonland by Rick Perlstein, Inside of a Dog by Alexandra Horowitz, Horse Soldiers by Doug Stanton, and Jarhead by Anthony Swofford. 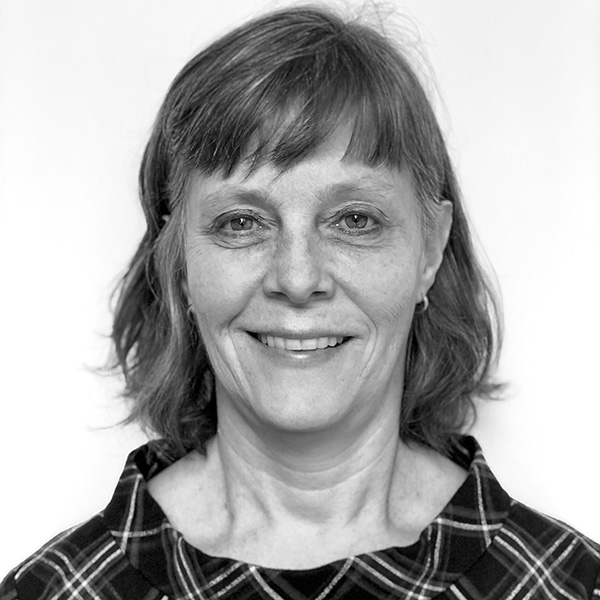 Kathryn Belden, Vice President and Editorial Director, joined the staff at Scribner in 2015. She is interested in the breadth of the American experience, which she pursues through fiction and nonfiction acquisitions. Her engagement with all books begins with voice. General categories in which she works include literary fiction, social and cultural history, race and gender, nature and environment, as well as memoir and biography. Her books have won or been finalists for the Pulitzer Prize, the National Book Award, National Book Critics Circle Award, and many others. Some of the writers she has worked with include Roz Chast, Jessica Harris, Mitchell S. Jackson, Kiese Laymon, Andrew Krivak, Nora Krug, Megan Kate Nelson, Sarah Smarsh, Amy Stanley, Jesmyn Ward, John Edgar Wideman, among many others. Previously she worked at Bloomsbury, Four Walls Eight Windows, and Harmony Books/Crown Publishers. 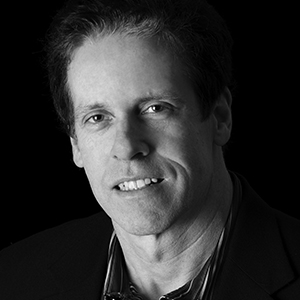 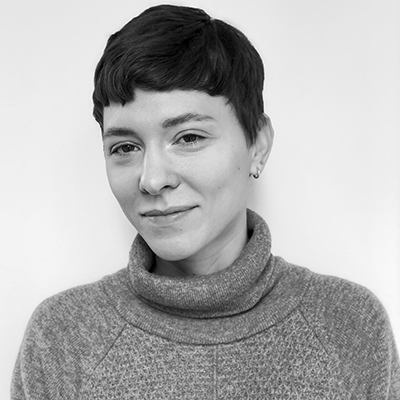 Sally Howe, Editor, joined Scribner in the spring of 2016. She is interested in acquiring literary fiction, memoir, narrative nonfiction, essays, and cultural history, and is particularly drawn to writing that illuminates and complicates familiar topics, as well as nature/environmental themes, coming-of-age stories, cultural analysis, and historical fiction. Her books have been finalists for the Baillie Gifford Prize, the Lambda Literary Award, the Wellcome Book Prize, and the Costa Novel Award. Recent titles include The High House by Jessie Greengrass, I Am a Girl from Africa by Elizabeth Nyamayaro, and The Black Joke by A. E. Rooks, and forthcoming projects include Things They Lost by Okwiri Oduor, Briefly, A Delicious Life by Nell Stevens, The New Life by Tom Crewe and memoirs by Beth Nguyen, Sarah Viren, and Martha McPhee. She also works with Thomas Page McBee, Rachel Monroe, and Agustina Bazterrica, among other writers. 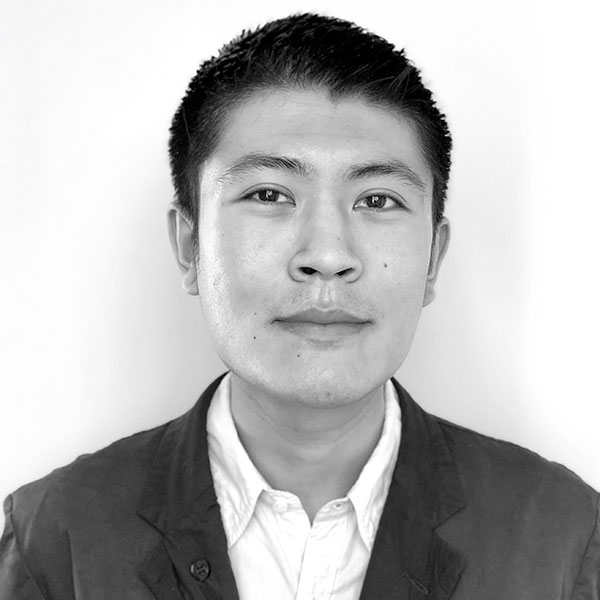 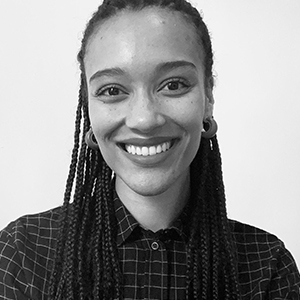 Rebekah Jett, Associate Editor, came to Scribner in 2019. Her acquisitions include Elsewhere and Hotel Destination by Yan Ge and Last Acts by Alex Sammartino. Currently, she is focused on acquiring literary and upmarket fiction, memoir, and narrative nonfiction on a wide range of topics. Regardless of genre, she is drawn to memorable, believable characters, confident storytelling, and clarity. She assists Kathy Belden. 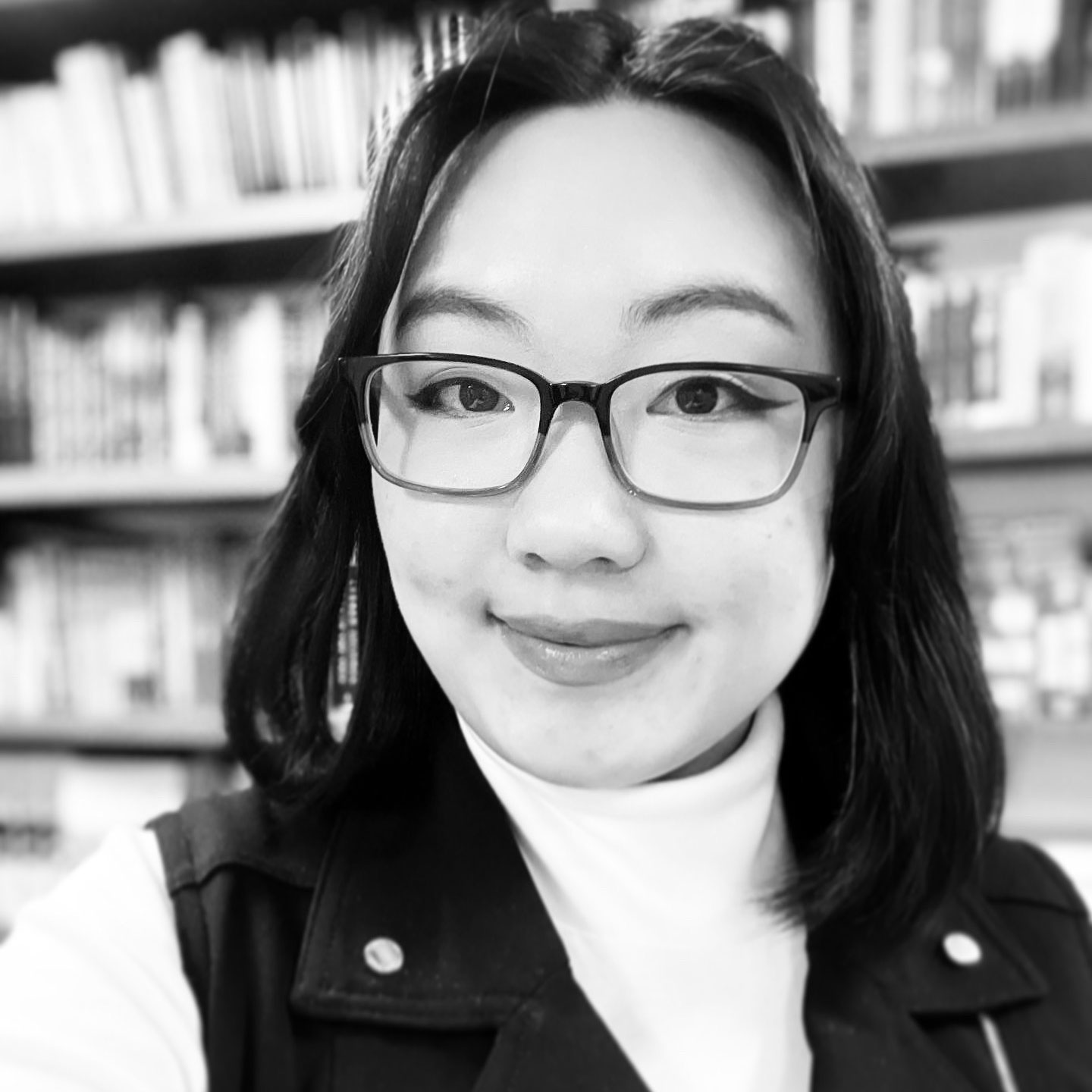 Sabrina Pyun, Assistant Editor, working with Nan Graham, came to Scribner in 2019 as an Associate and officially joined the team in the summer of 2020. Before coming to Scribner, she assisted at Thompson Literary Agency. She is a graduate of Johns Hopkins University, where she majored in writing seminars. 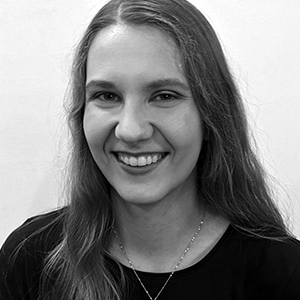 Emily Polson, Assistant Editor, working with Colin Harrison and Kara Watson, came to Scribner from Simon & Schuster Audio in the spring of 2021. Originally from Iowa, she is a graduate of Belhaven University and the Columbia Publishing Course. After a year teaching English in the Basque Country, she began her publishing career as a contributor for Book Riot and an intern at the David Black Literary Agency.

Olivia Bernhard, Publishing Assistant to Rick Horgan, came to Scribner in spring 2021. Before Scribner, she worked as an Events Coordinator for Belmont Books and Strand Book Store. She enjoys nonfiction about social justice and histories that explore untold and marginalized stories. She is a graduate of Lewis & Clark College where she studied English literature and creative writing.

Andy Tang, Publishing and Marketing Coordinator for Marysue Rucci Books, first joined Scribner in spring 2021, assisting the marketing team. He's helped in the execution of marketing campaigns for authors such as Anthony Doerr, Monica Ali, Megan Miranda, and Ly Tran. Prior to Scribner, he was a nonfiction editor at The Black Warrior Review. 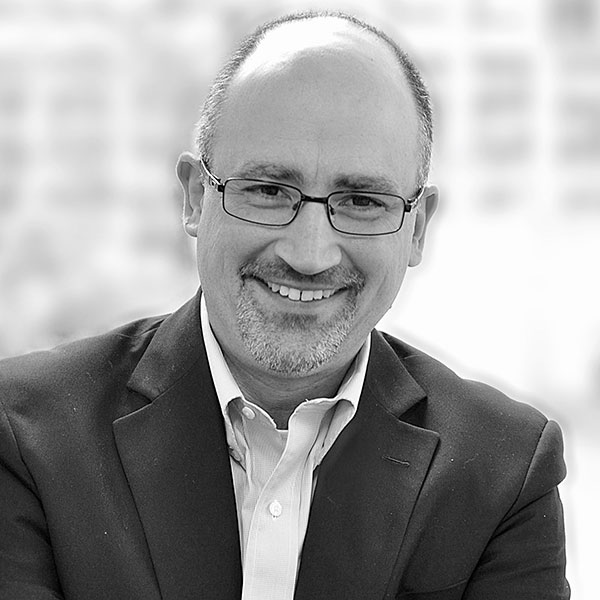 Brian Belfiglio, Vice President, Director of Publicity and Marketing. Since joining Scribner in 2007 as Publicity Director, Brian Belfiglio has executed or directed many of Scribner’s most visible and successful media campaigns for books by authors such as Phil Knight, Stephen King, Siddhartha Mukherjee, Annie Proulx, Angela Duckworth, Jeannette Walls, Steve Martin, Laura Bush, and Anthony Doerr. In spring 2019, he launched the Simon & Schuster Speakers Bureau as an in-house enterprise. Before joining Scribner, Brian served as the Marketing Director for Workman. He previously served as a publicity director at the Crown Publishing Group for many years.

Brianna Yamashita, Senior Marketing Director, has strategized and executed New York Times bestselling campaigns for such authors as Anthony Doerr, Stephen King, Desmond Shum, Dr. Daniel J. Siegel, Mark Bittman, Neal Katyal, Queer Eye’s Antoni Porowski’s and Animal Planet’s Jackson Galaxy, among others. In addition, she has spearheaded the marketing for major franchises such as The Whole30, established marketing partnerships with leading lifestyle brands, and instituted marketing best-practices and analytics-driven book marketing systems. Prior to joining Scribner, Brianna headed up the Lifestyle marketing division at Houghton Mifflin Harcourt, and before that, served as Associate Publisher and Executive Director of Marketing & Publicity at Penguin Random House’s TarcherPerigee imprint. She is a graduate of Skidmore College.

Paul Samuelson, Deputy Director of Publicity, was most recently the Director of Publicity for Twelve Books where he orchestrated New York Times bestselling campaigns for books such as A Warning by Anonymous, Barbara Ehrenreich's most recent books including Natural Causes, Susan Page's biography of Barbara Bush The Matriarch, and Shea Serrano's Movies (And Other Things), among many others. Prior to his work at Twelve, Paul was a senior publicist at Random House Children's executing New York Times bestselling campaigns for books like Nikki Giovanni's Hip Hop Speaks to Children. He is a graduate of the University of Pennsylvania and also received his MA in English from the University of Chicago.

Ashley Gilliam Rose, Associate Director of Marketing, has developed and executed campaigns for books such as Why We Sleep, Shoe Dog, and Grit, and for authors such as Colm Tóibín, Kathy Reichs, Lisa See, Stephen King, and Jennifer Egan. She works on imprint social media efforts, advertising and reporting, and building partnerships. She was previously Scribner’s Publishing Manager and the editor of a new translation of Darkness at Noon, new editions of Edith Wharton’s The House of Mirth and The Age of Innocence, and The Best American Poetry series. She holds an MA in editing and writing from Emerson College. 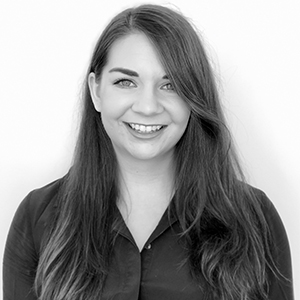 Abigail Novak, Publicity Manager, joined Scribner in 2018, and works with many Scribner authors including John Edgar Wideman, Kathy Reichs, and Megan Kate Nelson. Other recent campaigns include The End of Everything by Katie Mack, Red Island House by Andrea Lee, I Am a Girl from Africa by Elizabeth Nyamayaro, and Cuba by Ada Ferrer. Abigail also specializes in food narratives and cookbooks, including the bestselling 2019 edition of Joy of Cooking.

Zoey Cole, Marketing Manager, joins Scribner from bookselling at Books Are Magic, and from the US sales and marketing team at Nobrow and Flying Eye Books. At Scribner, she has developed and executed campaigns for books such as New York Times Notable The End of Everything, Milk Fed by Melissa Broder, The Optimist by David Coggins, and Damnation Spring by Ash Davidson. Zoey also runs Scribner's Influencer program, manages social media, and assists with advertising and partnerships. 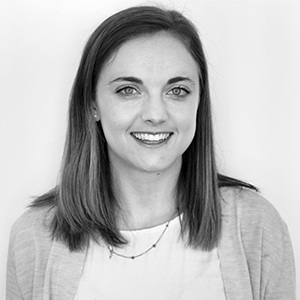 Mia O’Neill, Publicist, joined Scribner in 2018. A graduate of the College of William and Mary and the University of Maryland, she has recently developed and executed campaigns for books such as Follow Me to Ground by Sue Rainsford, House of Sticks by Ly Tran, The Last American Aristocrat by David S. Brown, The Well-Gardened Mind by Sue Stuart-Smith, and A Little Hope by Ethan Joella. Michelle Chung, Associate Publicist at Scribner and at the Simon & Schuster Speakers Bureau, joined Scribner in 2020. She is a graduate of Hamilton College, where she specialized in Asian American literature. Before coming to Scribner, she interned for Penguin Random House's Penguin Press imprint and the Penguin Random House North Asia division in Beijing, China. 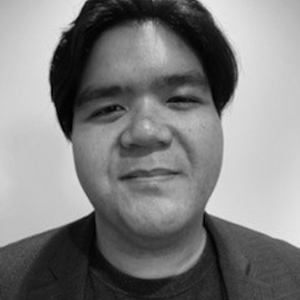 Mark Galarrita, Publishing and Marketing Associate, joined Scribner in 2021. He is a graduate of the Clarion West Writers Workshop. 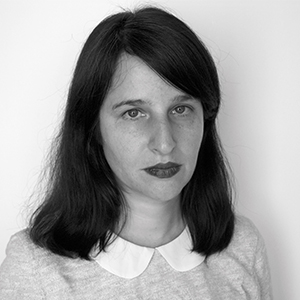 Jaya Miceli, Scribner's Senior Art Director, joined the imprint in July 2014. A graduate of Parsons School of Design, with a BFA in illustration. Jaya's short-lived illustration career earned her published pieces in The New Yorker. Her appreciation of art, love of books and illustrative talents found their true home in book publishing. She learned jacket design and typography on the job during her fourteen years at Penguin, where she began as a junior designer. Jaya has designed jackets for a diverse group of authors including Lev Grossman, Terry McMillan, T.C. Boyle, Geraldine Brooks, Jasper Fforde, David Lodge, Jonathan Tropper, Dara Horn, Brady Udall, as well as, Pulitzer Prize winning, Manning Marable's bookMalcolm X: A Life of Reinvention. She is thrilled to further her book design ventures with the extraordinary literary bounty at Scribner books. 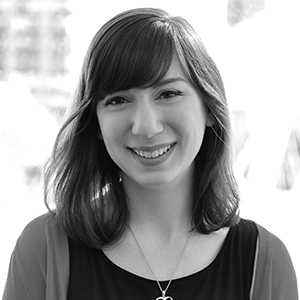 Sydney Newman, Art Assistant, joined the Scribner team in October 2017. She is a graduate of the School of Visual Arts, with a degree in illustration. Before starting her Scribner career, she assisted at Penguin Random House in the Penguin Art Group.